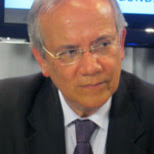 RT: There are a lot of expectations for the waterway. How important will it be and what benefits can it bring?
AS: For Nicaragua they will be enormous because it will definitely improve their living standards all together. But from the point of view of China it will be an alternative route for commerce, for trade and even for future potential military use right in America’s backyard. When I say China, we might talk not just about China but also about BRICS, notably Russia and China, which are the two main geopolitical BRICS partners. I think it’s very important to understand the problem, to stop looking at Mercator projections of the global map and start looking at the actual globe. The best way to understand geopolitics is with a globe, and if you look at it you will see how very important this alternative route through Central America will become for China, for Russia and potentially it’s an important threat to the US and the Western powers.
The statements, views and opinions expressed in this column are solely those of the author and do not necessarily represent those of RT.
Posted by crucestrail at 10:11 AM