The Panama Canal Expansion: Making It Non-Detrimental to Society

Bounty in Miraflores (coutesy of czbrats.com) 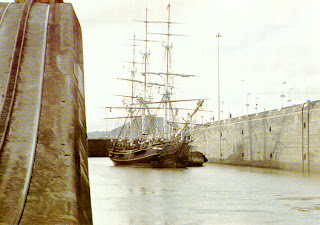 
Posted by crucestrail at 11:51 AM No comments:

Posted by crucestrail at 9:08 AM No comments: 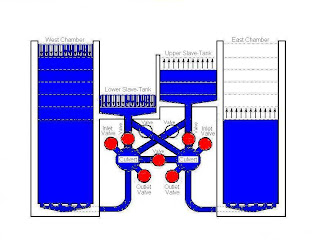 Posted by crucestrail at 6:35 AM No comments: 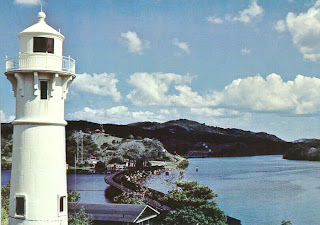 
Notes from
the Front Lines:

Panama has been the focus of a far-reaching, global campaign to solidify it as a great place for investing, a great place for living and a great place to retire. The campaign has been so successful that it is difficult to navigate around the country without running in to newcomers at practically any and every stop.

Usually debating what and where in the country to buy, it is always clear that it has never crossed their minds that the infrastructure propping up what they are placing their hard-earned cash into is anything other than what they’ve been sold.

It has, therefore, come as an immense shock to many that their paradise is plagued with many problems, particularly those caused by certain of its custodians who have irrationally ignored every possible control and planning mechanism to the detriment of all of Panama’s inhabitants.

For newcomers, besides problems with finalizing deals or even the details of an apartment, there is life-threatening pollution from all manner of uncontrolled contaminants presenting them an immediate, hidden and exponentially growing danger.

Odd health ailments have arisen in areas receiving concentrated doses of fumes, often odorless, blown through their neighborhoods from nearby factories that do not use any form of filtering during their production cycles. To acid rain and intensifying smog, dioxins and other plastic-manufacturing chemicals are increasingly added daily.

In general, the plastic portion of already unmanageable garbage presents the most worrying aspect. Whether in the cities and towns or in the countryside, or while driving along practically roadway, most people are breathing unhealthy levels of plastic fumes drifting from the ubiquitous – albeit illegal – garbage disposal fires that appear where least expected.

Less visible are the hidden toxic waste disposal areas which have sprung up, given loopholes in the present laws, and which burn electronic waste – after scavenging through it – subsequently allowing rains to wash the residues, filtering heavy metals into nearby streams and into the water supply, as an example. With water quality controls not updated to include testing for much more than bacteria, these pollutants remain undetected.

Besides air and water quality, the most urgent concern centers around water availability. Many neighborhoods in Panama City and around the country suffer from sporadically available supplies at best. Some have been receiving water via cistern trucks for years.

In the meantime, illegal mining operations aided and abetted by some government officials are springing up across the country. Similarly, under the guise of hydroelectric projects, most freshwater sources have been concessioned off to third parties with irresponsibly lopsided contracts in their favor.

It doesn’t take a giant step to see the water problems newcomers will face in paradise along with everyone else once supplies dry up or are destroyed by uncontrolled chemical use in the mining operations or other toxic dumping.

Last week an entire system of rivers and streams, in which fish were dead, were found to be laced with cyanide. Coincidentally, a mining operation under ongoing heavy criticism by citizens is in the area. Many more companies are initiating illegal operations despite heavy protesting going on at this writing. (More info at www.chiriquinatural.com)

In light of these activities, growing fears are now centering around the unnecessary risks the Panama Canal expansion presents to the country’s largest freshwater reserve, Gatún Lake. If its destruction is allowed, the only alternative for fresh water will be buying it from the concessionaires. That is, if it has not been polluted, too.

Given that the Panama Canal could be expanded without ruining Gatún Lake begs the question why a plan without that risk – and which increases transit capacity and reliability even more – has not been made. (More info at www.crucestrail.com)

Whether there is a deliberate plan to destroy life-sustaining resources in order to create markets for private sale or whether it is due to continued gross incompetence by its custodians, neither the Panama Canal expansion, nor the mining projects and other poisoning activities can be allowed to continue unchecked.
Those worrying about their investments in paradise need to join forces and take active steps to protect not only their investment, but their health as well.
Posted by crucestrail at 11:09 AM No comments: