Posted by crucestrail at 7:07 AM No comments: 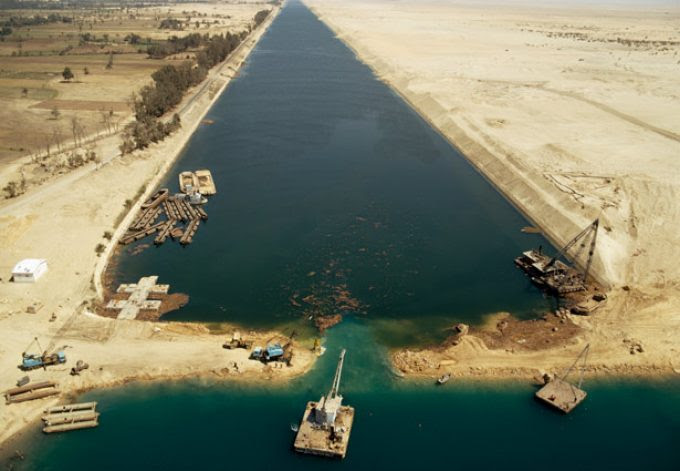 By Gavin van Marle
22/02/2016
The Panama and Suez canals could be the next institutions to be affected by the ongoing crisis in the container shipping industry, according to new analysis from Africa ports analyst and monitoring service portoverview.com
The twin factors of cellular overcapacity and rock-bottom bunker costs have, over the past year, led carriers to divert multiple sailings away from the world’s two principal trade arteries and reroute vessels around the southern African cape.
Its six-month report for the second half of 2015 quoted analysis from SeaIntel (portoverviw.com co-owner), which showed that since the end of October 2015, 115 vessels deployed on Asia-USEC and Asia-North Europe services have made the back-haul trip to Asia by sailing round the Cape of Good Hope rather than through the canals despite using them on the headhaul legs.
Three of these vessels were deployed on Asia-North Europe services, while the remaining 112 were returning to Asia from the US east coast.
“Normally, 78 of those voyages would have gone through the Suez Canal, and as 53 of the voyages were in 2015, it would have meant that the number of container vessel passing the Suez Canal in 2015 would ‘only’ have decreased by 1.9% year-on-year, instead of the reported 2.8%. The other 37 vessels would normally have passed through the Panama Canal,” portoverview.com said.
“SeaIntel concludes that both the canals face a significant challenge in the current low bunker price, as it means that for many services it is cheaper to sail south of Africa on the backhaul than to use the canal routings,” it added.
“The canals have a particular disadvantage in regard to the USEC-Asia services, where it is currently economically viable for 14 out of 22 services to sail south of Africa on the backhaul, and it would probably be viable for almost all of them if intermediate port calls were dropped.”
It is even viable for sailings from North Europe to Asia to route via South Africa, “if the intermediate calls were dropped or switched to other services”, it said.
“Currently, the carriers are only using the south of Africa routing on the backhaul legs and retaining the transit time, but considering the financial situation of most carriers, and keeping in mind the relative ‘ease’ with which the carriers implemented both slow-steaming and super slow-steaming, going south of Africa on the head-haul is going to look very alluring for some carriers, if indeed they can re-route the cargo from the intermediate port calls.”
There is a further, compelling, reason for carriers to route via South Africa: in addition to avoiding canal transit fees, the elongated sailing route, which adds another week to transit times, could potentially “soak up” between 60-80 vessels, of which half would be ultra-large container vessels, and take out some of the industry overcapacity which is causing freight rate volatility.
Posted by crucestrail at 6:50 AM No comments:

Posted by crucestrail at 6:44 AM No comments: