Most Read No. 15: Why the Chinese-backed Nicaragua canal may be a disaster

By Ishaan Tharoor at 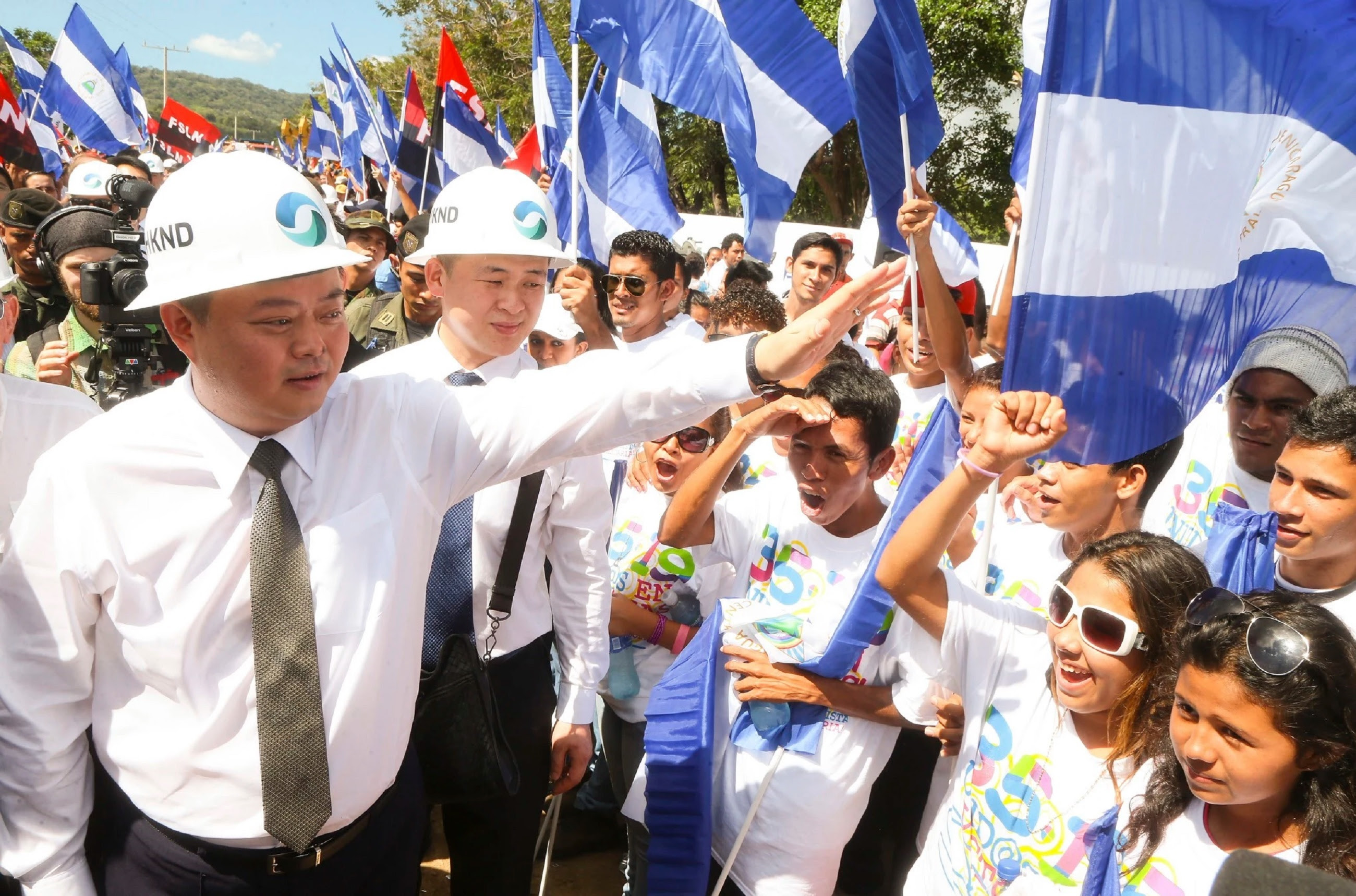 Officials greet youths during the start of the first works of the Grand Canal in Brito, Nicaragua. (Jairo Cajina/Presidential Palace Nicaragua via Reuters)
On Monday, Nicaraguan dignitaries and officials from a Hong Kong-based consortium inaugurated what could be the most ambitious infrastructure project in the Western Hemisphere. The planned Grand Canal of Nicaragua would span 172 miles across the Central American nation, cutting through Lake Nicaragua, the region's largest freshwater reservoir. At an estimated cost of some $50 billion, it would dwarf the Panama Canal in terms of capacity and bring untold economic benefits to what remains one of the poorest countries in the Americas. Proposed route of the Grand Canal of Nicaragua. (The Washington Post)
"With this great canal, Nicaragua expects to move 5 percent of the world's commerce that moves by sea, which will bring great economic benefits and double the GDP," said Nicaraguan Vice President Omar Halleslevens at a ground-breaking ceremony on the Pacific coast.
But there are many reasons to doubt the venture will be a success.
The dream of building a trans-oceanic waterway through Nicaragua is an old one, dating back to the 19th century. American proponents of such a project included the powerful Vanderbilt family and President Theodore Roosevelt. None of the earlier plans were realized.
Ground was broken only after a deal hatched last year between Nicaragua's Sandinista government and a consortium led by Chinese telecoms billionaire Wang Jing. Critics wonder how the little-known Wang came to win the bid, which gives his Hong Kong-listed company, HKND, a 100-year-long concession over the canal's operation. There was next to no transparency in the process. Wang is exempt from local taxes and commercial regulations, and has been granted hiring and land-expropriating powers, according to the Guardian. Demonstrators block the Panamerican highway to protest against the Grand Canal construction in Managua. (Oscar Navarrete/La Prensa via Reuters)
There are already doubts about Wang's ability to finance the project, and some speculate that it will never actually be completed, leaving perhaps at best some ports and container facilities but no canal in between.
In an interview with Reuters earlier this year, Wang said he was forking out some $10 million a month of his own money as the project's preparations grew apace. Wang demurs on whether he will seek aid or loans from China. Many observers see the planned canal as China's biggest footprint in Latin America. Although it's not unusual for Chinese state companies to bankroll infrastructure projects around the world, Wang has said the Nicaraguan canal is a fully private venture. He's walking a geopolitical tightrope: To this day, Nicaragua maintains diplomatic relations with Taiwan, not the government in Beijing.
The proposed canal, which is expected to take at least five years to be built, has been heavily criticized by environmental experts and campaigners, as well as activists who fear it may simply be a lucrative boondoggle for President Daniel Ortega and his allies in power. Hundreds of protesters blocked a highwayleading to the capital Managua on Monday, but they were removed by what they deemed a "militarized" police response.
Tens of thousands of Nicaraguans may be displaced by the canal's construction, including some indigenous communities. Moreover, the project poses serious threats to the country's wetlands and forests. It may involve the dredging of Lake Nicaragua, which is too shallow at present to accommodate the supertankers that the canal's backers want to see steaming through Nicaragua. That would generate a great deal of sediment and potentially damage water quality and harm the surrounding ecosystem.
Scientists and activists are incredulous that HKND's bid was accepted without an independent environmental assessment; the company says it has conducted its own reviews, but it has yet to make those reports public.
There are also concerns about the safety of protected mangroves, local fisheries and the potential of invasive species from the Caribbean and the Pacific penetrating Nicaragua's delicate wetlands. The Panama Canal, which is far shorter and smaller than the proposed Nicaraguan venture, is entirely fresh-water and uses a series of locks to hoist ships along an elevated waterway. The Nicaraguan canal would be shallower and pose less of a barrier to marine life.
The Panama Canal, which marked its centennial this year, raises perhaps the most pertinent question regarding HKND's Nicaraguan pipe dream: Does the world really need it? A $5.25 billion expansion of the Panama Canal -- which, unlike the Nicaragua project, was approved after a national referendum -- is expected to be completed by 2016. By some estimates, even if the Nicaragua project managed to capture all of the Panama Canal's traffic, it would possibly take more than three decades for Wang and company to pay off their initial investment.
"I’m skeptical," Eric Farnsworth, vice president of the Council of the Americas in Washington, told me last year when news of the Nicaragua megaproject was first announced. "There’s already a canal. The expense is going to be significant and success is far from guaranteed."

Ishaan Tharoor writes about foreign affairs for The Washington Post. He previously was a senior editor at TIME, based first in Hong Kong and later in New York.
Posted by crucestrail at 3:29 PM