The U.S. remains the most important user, but a Chinese container ship will make the first official transit through the expanded canal June 26
The $5.5-billion expansion project will allow bigger ships to use the canal
PortMiami ready to benefit from the era of big ships 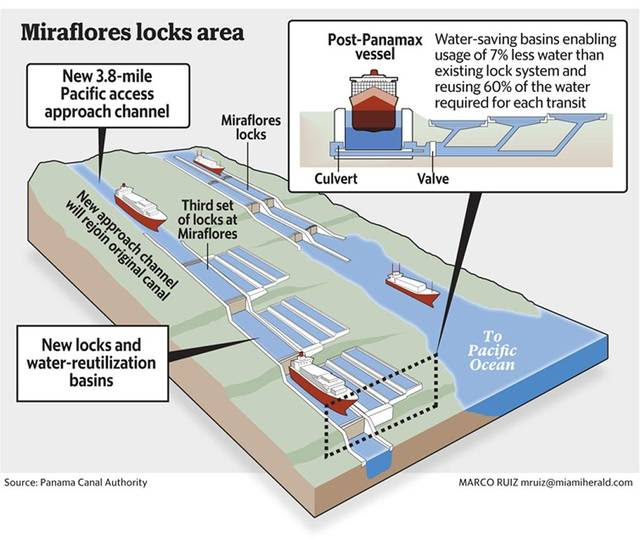 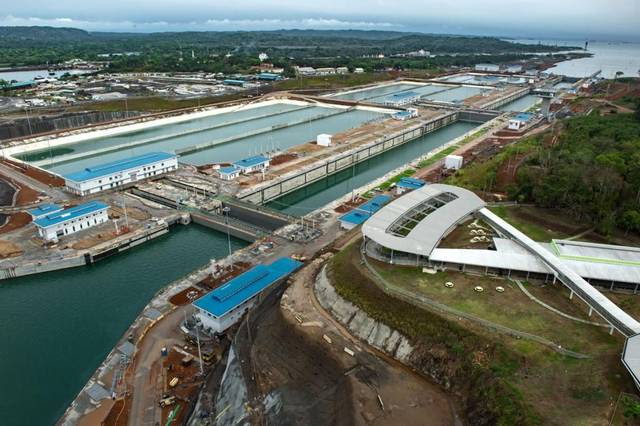 Although the new locks — tall as an 11-story building — are an engineering marvel and the expansion is expected to double the canal’s capacity, it’s been a long slog. The project is being delivered nearly two years behind schedule and various claims by the Grupo Unidos por El Canal (Group United for the Canal), the international consortium that built the expansion, could push the price for the project even higher. The Panama Canal Authority also has its own counter-claims. Arbitration on the first unresolved claim gets underway in Miami in July.
But now —110-million man hours, 292,000 tons of structural steel, 1.6 million tons of cement and 5 million cubic meters of concrete later —the project is finished. Panamanian voters approved it in a 2006 referendum.
“This is a great project from an engineering and logistical point of view,” said Giuseppe Quarta, chief executive of the consortium.
The project, which got underway in 2007, included deepening and widening the entrances to the canal, widening and deepening the navigational channel through Gatún Lake, deepening the channel at Culebra Cut, raising the level of the lake, building a new 3.8-mile Pacific access channel, and construction of larger Atlantic and Pacific locks that are as long as three Empire State Buildings laid end to end.
+ 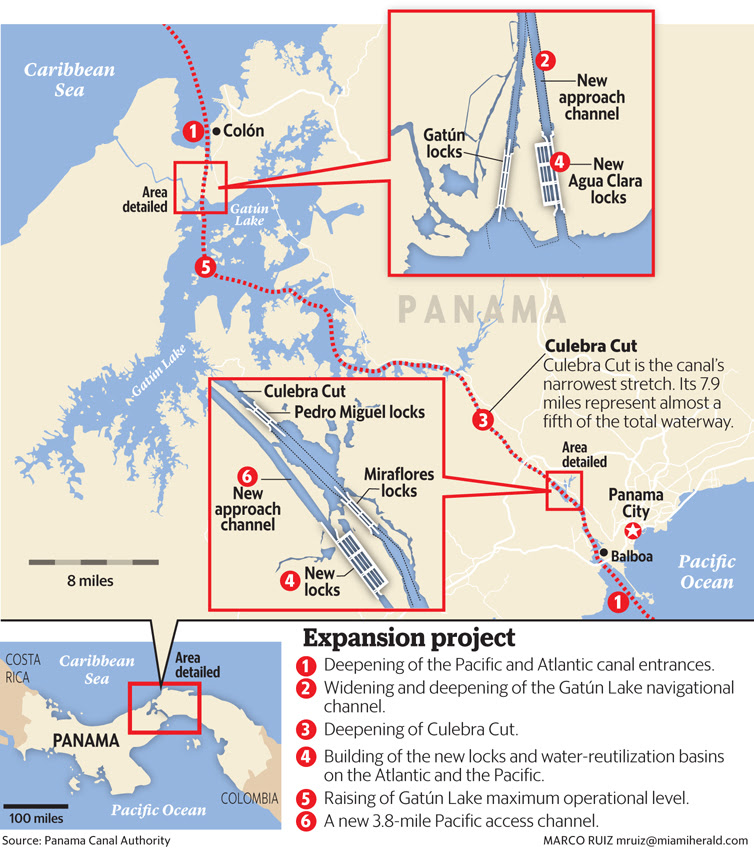 The original canal, built at great human and financial cost, is simply too small to handle the bigger ships now plying the world’s trade routes. Smaller ships, however, will continue to use the original locks, and the old and new locks share much of the original canal route.
With the expansion able to handle longer, wider and heavier post-Panamax ships, the canal authority hopes to win back shipping lines that switched to the Suez Canal or used U.S. West Coast ports because their ships couldn’t fit through the original locks inaugurated on Aug. 15, 1914.
As the COSCO Shipping Panama set sail last Saturday from Greece en route to its date with history, Panama Canal Administrator Jorge Quijano noted that “over a hundred years ago, the SS Ancon made history as the first vessel to transit the Panama Canal” and now Panama is on the verge of a new era “that will change the face of global shipping and international commerce.”
Panama’s President Juan Carlos Varela will preside over a ceremony at the Agua Clara locks celebrating those who worked on the project. Then the Chinese ship will proceed to the 3 p.m. main event on the Pacific side of the canal.
At least 10 heads of state as well as port directors and shipping executives from around the world are expected at the Cocoli locks to mark the inaugural passage. The next day, the new locks will open for regular commercial traffic. Already, shipping lines have made more than 120 reservations for the new locks.
+ 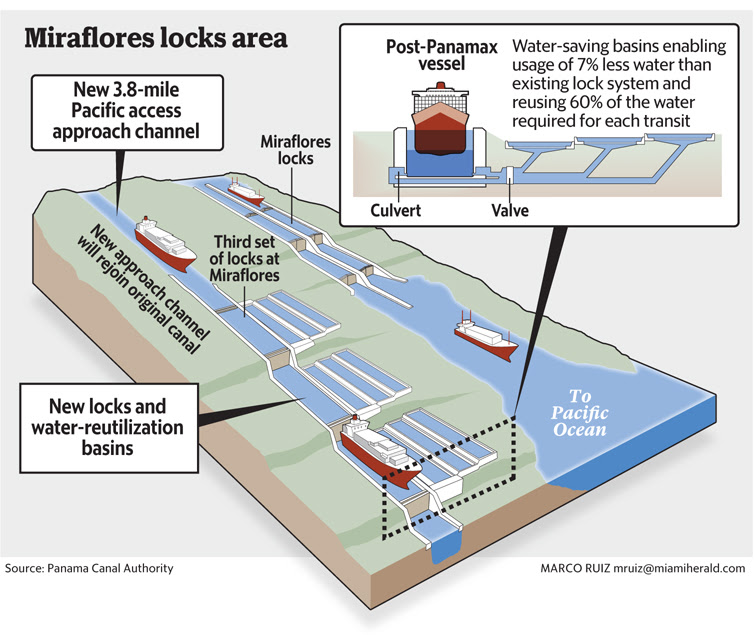 Posted by crucestrail at 3:26 PM No comments: