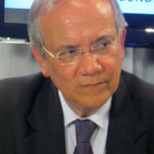 RT: There are a lot of expectations for the waterway. How important will it be and what benefits can it bring?
AS: For Nicaragua they will be enormous because it will definitely improve their living standards all together. But from the point of view of China it will be an alternative route for commerce, for trade and even for future potential military use right in America’s backyard. When I say China, we might talk not just about China but also about BRICS, notably Russia and China, which are the two main geopolitical BRICS partners. I think it’s very important to understand the problem, to stop looking at Mercator projections of the global map and start looking at the actual globe. The best way to understand geopolitics is with a globe, and if you look at it you will see how very important this alternative route through Central America will become for China, for Russia and potentially it’s an important threat to the US and the Western powers.
The statements, views and opinions expressed in this column are solely those of the author and do not necessarily represent those of RT.
Posted by crucestrail at 10:11 AM No comments:

December 26, 2014 7:30 PM
PANAMA CITY (Reuters) - A magnitude 5.5 earthquake struck off Panama's Pacific coast on Friday, the U.S. Geological Survey said, but there were no immediate reports of damage.
The USGS said the quake, initially reported as having a magnitude of 6.0, was relatively shallow at a depth of 6.2 miles (10 km) below the seabed. It struck in the early evening 132 miles (213 km) south of the town of David.
The quake was not felt in the capital, Panama City.
(Reporting by Sandra Maler in Washington and Elida Moreno in Panama City; Editing by Mohammad Zargham and Ken Wills)
Posted by crucestrail at 6:20 AM No comments:

The last gate to be used on a new set of locks on the Panama Canal arrives in Panama City, on December 10, 2014 (AFP Photo/Rodrigo Arangua)
Panama City (AFP) - The consortium expanding the Panama Canal is making fresh claims for cost overruns totaling $737 million, officials said Friday.
Canal administrator Jorge Quijano told reporters that the Panama Canal Authority had received two claims on Tuesday that "will be evaluated" to determine if there is probable cause.
But he warned that "at first glance, the issues will be very difficult for the counterparty to justify."
And in the latest setback for the behind-schedule, over-budget upgrade, a union representative said excavation work was on hold after negotiations broke down between the consortium and workers who have been on strike since Tuesday.
About 1,000 workers are on strike, demanding better safety and treatment. Talks between the two sides are due to resume Monday.
One of the consortium's latest claims, for $333 million, is related to the weight of the gate for the third set of locks it is building for the canal -- at 55,000 tonnes, compared to the 35,000 tonnes initially planned.
But Quijano pointed to a clause in the contract according to which the canal authority would pay up to the value of a gate weighing 49,000 tonnes.
The second claim, for $404 million, is due to delays in the fourth phase of excavation in the Pacific sector.
The consortium, Grupos Unidos por el Canal, says that the delay in excavation work may mean it will not receive water needed to test the gates.
Quijano, however, said he has a "plan B" to provide the necessary water for testing.
The canal authority will pay another $120 million in adjustments to the contract and other small claims, Quijano said.
Work began in 2007 to expand the canal with a third set of locks to enable it to handle the modern mega-freighters that global shipping companies prefer.
But the $5.25 billion project has been plagued by delays, strikes and a bitter dispute over $1.6 billion in cost overruns with the consortium carrying out the upgrade, led by Spanish construction firm Sacyr.
Initially scheduled for completion in 2014, the project's due date has been pushed back to early 2016.
Nearby Nicaragua, meanwhile, launched construction this week on a rival canal, a $50 billion project that the Chinese firm behind it plans to complete in five years.
Quijano estimated that the Nicaragua Canal construction would reduce by up to 30 percent the transit of ships through the Panama Canal, because it is closer to the lucrative market in the United States.
Posted by crucestrail at 6:14 AM No comments: 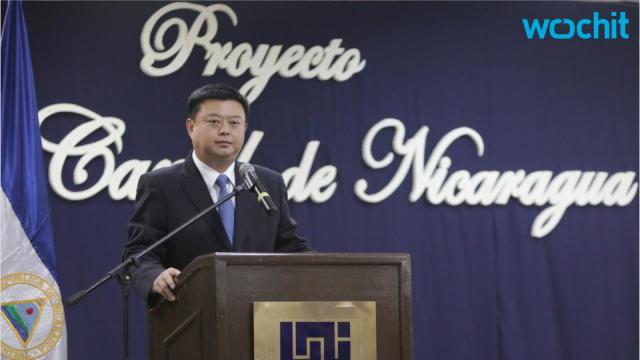 Demonstrators block the Panamerican highway to protest against the Grand Canal construction in Manag …
Supporters point to Monday's start as evidence that the plan is on schedule. But key feasibility studies on the canal have been pushed back to next April, and excavation work is not due to begin until the second half of next year.
At 172 miles (278 km), the waterway is over three times the length of the 100-year-old Panama Canal, which was completed by the United States 34 years after French engineers began it.
The five-year timetable in Nicaragua has led many to surmise the Chinese government is secretly bankrolling the plan, which both China and Wang have repeatedly denied.
Yet Wang's reluctance to reveal his backers or much of his business background has failed to dispel suspicions.
"If the canal goes ahead ... it will be because the Chinese government wants it to, and the financing will come from China's various state firms," said Arturo Cruz of the INCAE business school, an ex-Nicaraguan ambassador to the United States.
Ortega has sought to allay fears that China is gaining a strategic foothold in Central America.
"The Chinese haven't arrived in Nicaragua with occupying troops," he said during a speech this week.
For now, China's government can stay aloof and claim no part in the project in case it founders, experts say.
"If the Chinese government is behind this project, it has to be responsible for everything," said an official from Taiwan's embassy in Nicaragua, speaking on condition of anonymity. "If it fails, that's a bad image. They have to maintain their distance."
China's involvement would be a direct challenge to the United States, which controlled the Panama Canal until 1999.
The U.S. Embassy declined to comment, even though Nicaragua says the United States has welcomed the project.
Regardless of whether the canal is built, China's presence in Central America looks likely to be strengthened.
"The aim is the canal," said Cruz, the ex-ambassador. "But even if they only build a Caribbean port, this country will have achieved something it hasn't managed in 500 years."
(Additional reporting by Ben Blanchard in Beijing and Ivan Castro in Managua; Editing by Dave Graham and Dan Grebler)
Posted by crucestrail at 6:13 AM No comments: