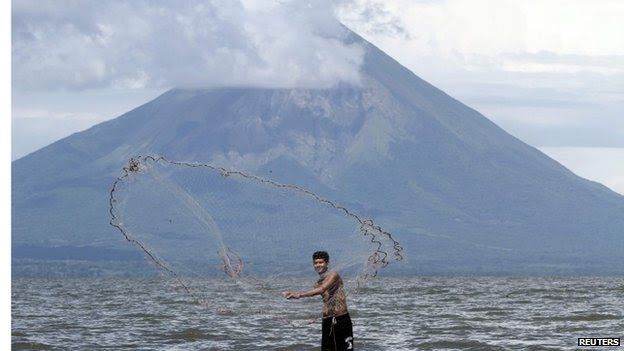 Nicaraguan officials say construction of a $50bn (£31bn) canal linking the Atlantic and the Pacific oceans will start on 22 December.
"We are ready to begin," said Zhu Xiaoya, from the Hong Kong-based company HKND which is to build it.
The 278km (172 miles) waterway will be longer, deeper and wider than the Panama Canal.
Opponents are concerned about the impact it may have on Lake Nicaragua and on poor communities in the area.
The route announced in July would pass through the lake, an important source of fresh water. Construction will begin with a port on the Pacific.
Environmentalists have warned of the risks of damming rivers and moving massive amounts of soil. Communities along the route have staged protest marches.
The plan is to build the canal within five years and have it operational by 2020.
The project is expected to include two ports, an airport, a resort and an economic zone for electricity and other companies.
A 600m (2,000ft) bridge would span the width of the canal.
"We are sure that the rumours about the project will end as it advances and this century-old dream of Nicaraguans is realised," said Mr Zhu. 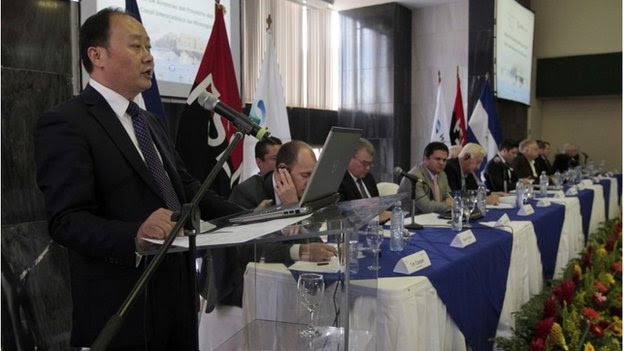 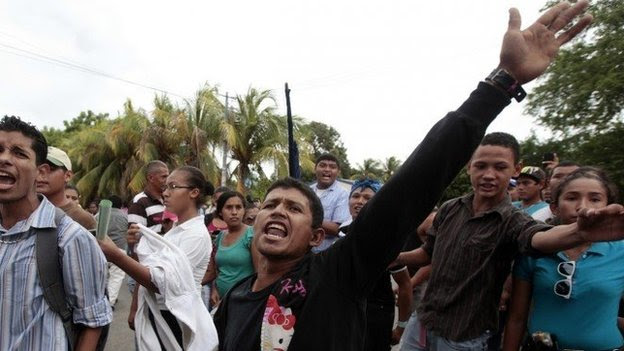 Communities near Lake Nicaragua have protested against the suggested route
President Daniel Ortega of Nicaragua has said in the past that the project will help alleviate poverty for more than half the country's population.
But some have questioned the canal's financial soundness and allege Wang Jing, the Chinese businessman behind the plan, lacks experience in developing or financing big infrastructure projects.

Posted by crucestrail at 5:22 AM